Some designers are tame in practice and personality. Others have edge, strive to be unique and make impressions on whomever they meet. You’ll find Tom Dixon somewhere in-between, comfortably poised in no-man’s land. When you find him there, he’ll make you second guess the preconceptions. He is humble while proud, boisterous but timid, chaotic yet well defined – somehow there isn’t any contradiction. To say that Tom Dixon is a paradox is probably the most accurate description that one could give to him though it’s still far from actuality. He occupies a finite space where intellect and passion are paramount and few external factors hold any creative weight. You have to meet him… did you? He was just here.

Tom flew in on the Thursday before last and went straight to work, not stopping until he flew to LA and did it all over again, two days later. Most highly sought-after personalities might head to their hotel to wash, rest, and go out for an overpriced meal with those that they deemed fit. Not Tom. Tom wanted to go to the scrap-yard and dig through objects long forgotten and like the mad scientist that he is, bring the dead back to life, striving to leave Vancouver a little better than how he found it. This is after all what he attributes as the cause of his rise to fame. __ 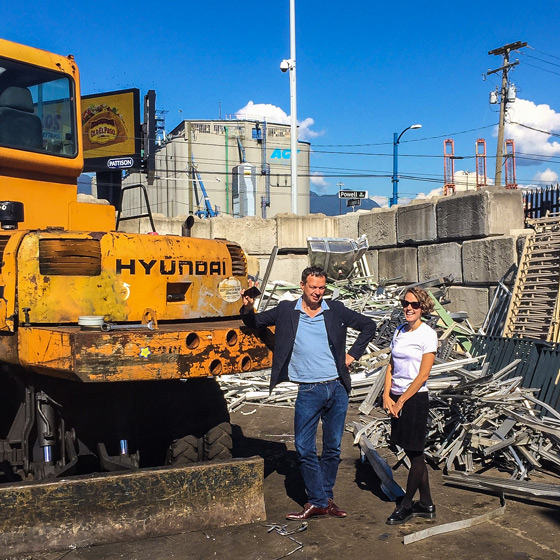 Shortly after rummaging through our lesser known relics, he was mingling at IDS during the opening night party, signing books and accessories from his pop-up shop. He smiled, listened to whoever asked him for a word and responded with respectful sincerity. Don’t get me wrong, he’s cheeky as hell but he never talked down, never made fun and always included you in the inevitable joke that he had up the sleeve of his well tailored and very British suit. 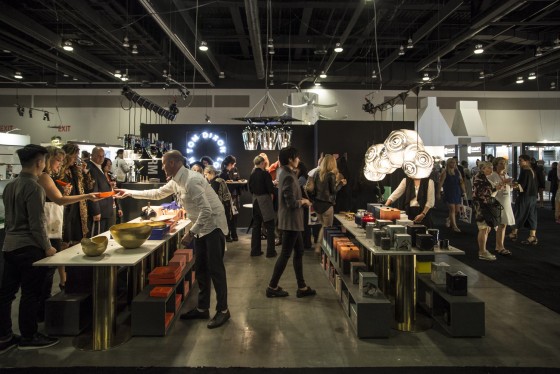 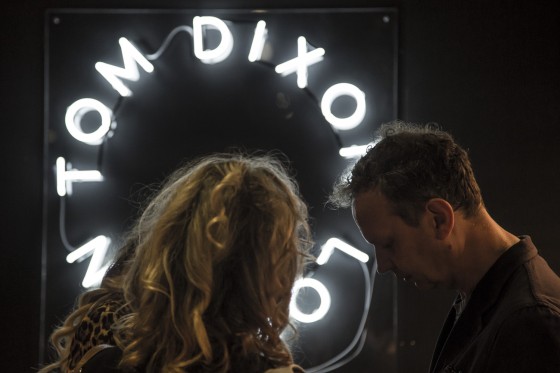 At 8am the following morning, he met with some of our trade clients at Inform Contract in Railtown for breakfast. Shortly afterwards, everyone headed down to the welding workshop in Bensen. Donning a one-size-fits-all overall with the sleeves wrapped around his waist, he sparked up the welding torch and proceeded to impart his experiences with some of the finer points of metal fabrication. He was in his element. You could tell that this is where Tom likes to be, surrounded by calculated chaos. 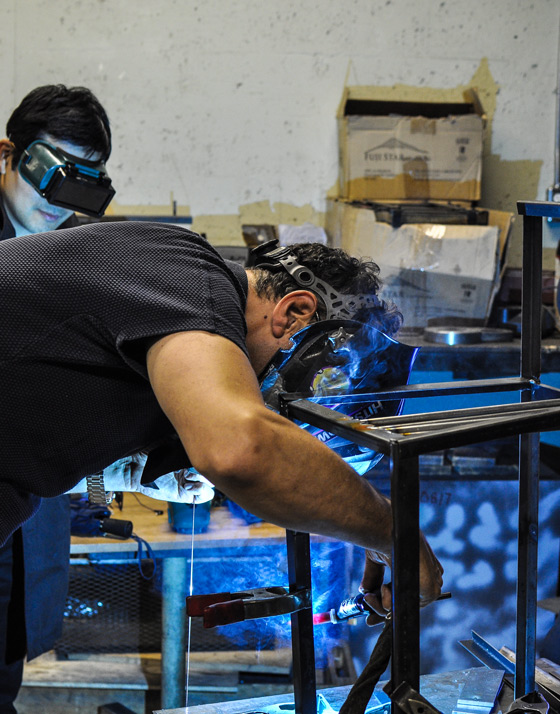 He shook hands, thanked our guests and walked over to the Gastown showrooms to sit with our vetted design students and aspiring makers. They had fifteen minutes or so each, surrounded by his work, to show him their designs and received his input and advice. He had a lot to share and time passed quickly. 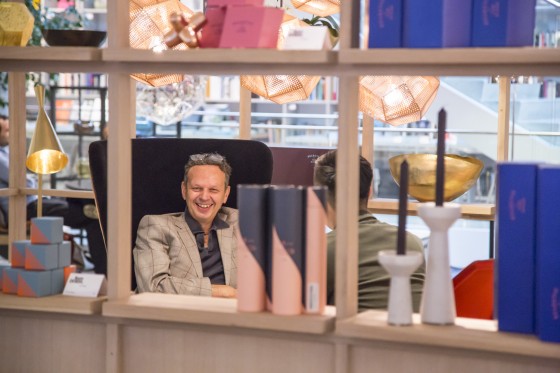 With a freshly picked brain, Tom was off to IDS where he took the stage as the Keynote speaker for Azure‘s Trade Talks. Within seconds, hundreds of IDS attendees flooded the audience area and filled the seats. Many were left standing in the show floor aisles, blocking booths and major thoroughfares. Nobody cared, they just wanted to hear what Tom had to say. 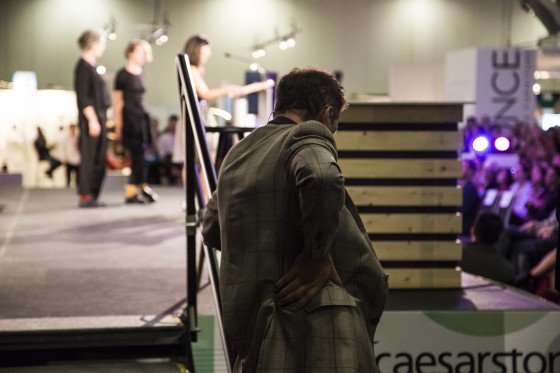 He spoke of his shaky beginnings and how he found his super-power. Expressed what being one of the most copied designers alive meant and how it made him reconsider his creative, industrious and distribution processes. It’s difficult to express how copied his work is; entire businesses are based around ripping him off. It goes as far as there being Tom Dixon knock-offs in booths at IDS, in nearby cafés and restaurants. They don’t go unnoticed nor are mistaken for legitimate Dixon pieces.

Tom took questions from the audience afterwards and his answers were thoughtfully complete. Had he kept going, we would have happily continued to listen. 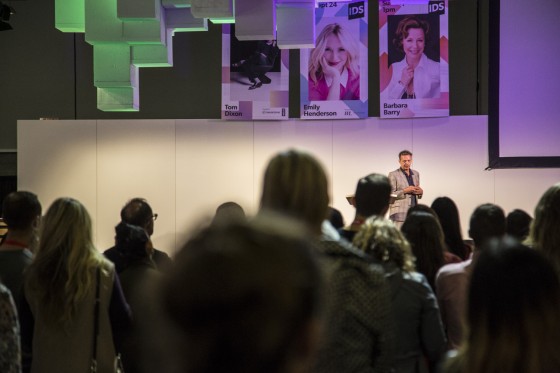 Tom took more than just the stage; he grabbed everyone’s attention immediately and held it until he slipped back into the Fire Kitchen, one of his collaborative projects with Caesarstone, to meet more locals and sign more of his pieces. 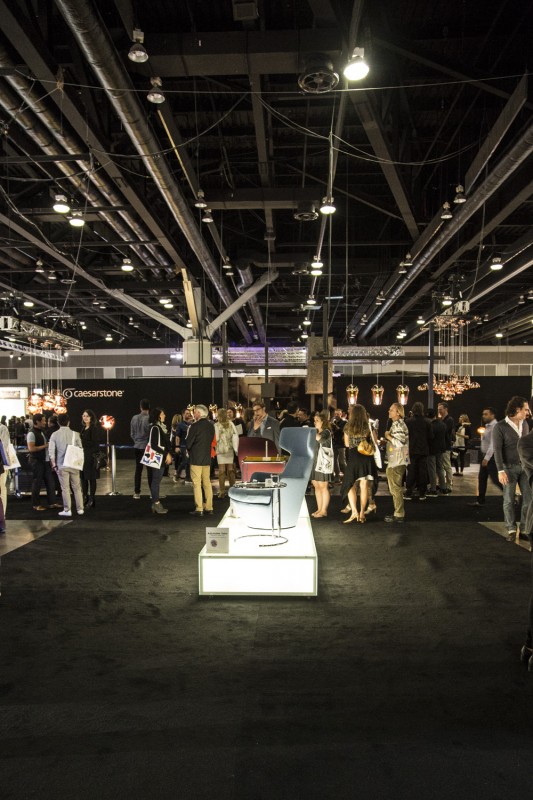 Niels and Nancy, the Bensen and Inform owners, invited Tom and some of their staff over to their home for dinner. Of course we all went.

Without enough room, when dinner was served, most took to the main dining table, others to the make-shift dining area in the office, the rest around the coffee table in the living room. Tom bounced around and made sure to connect with everyone. 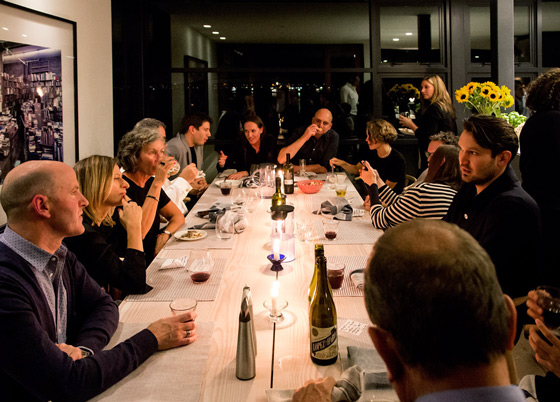 As quickly as he arrived, he left onto his next adventure.

Nancy recently drew an apt military parallel – with Dixon at the helm, we can do our part in the quest to battle the highly successful world of knock-offs. We have the respect for quality, originality and integrity as our ammunition.

Go on Major Tom, we’ll hold down the fort.

Shout-out to our creative recruits – Hannah Barss, Ian SangYun Lee, Jerry Kuo, and Lucine Lu. Thank you for coming out to IDS and lending a hand, we’re sure to see you around. Keep on being awesome!