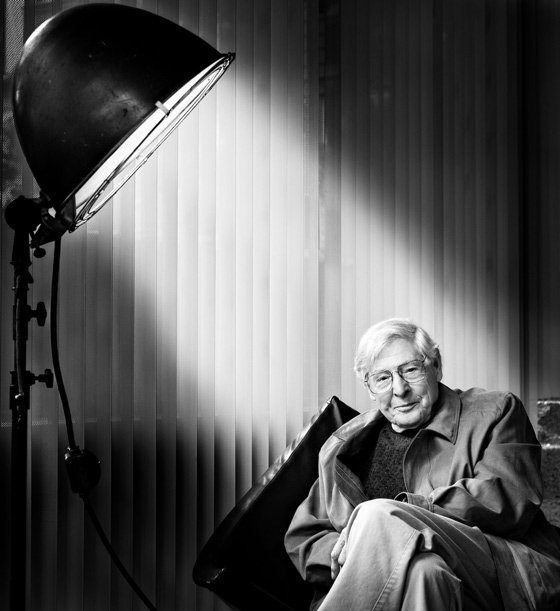 Celebrated photographer and North Shore resident Selwyn Pullan died on Monday, September 25, 2017. Born in Vancouver on March 14, 1922, Pullan studied photography at the Art Center School in Los Angeles (now the Art Center College of Design in Pasadena) from 1948 to 1950. His iconic images of West Coast Modern architecture captured the spirit of innovation and design in British Columbia from the 1950s to the 70s. Pullan’s photographic projects by many leading architects, including Barry Downs, Arthur Erickson, Fred Hollingsworth, Ned Pratt and Ron Thom, were prominently featured in lifestyle magazines of the era.

Selwyn Pullan’s compelling photographs were the subject of two solo exhibitions and the seminal book Selwyn Pullan Photographing Mid-Century West Coast Modernism (Douglas & McIntyre 2012), produced by the West Vancouver Museum. In 2014, Pullan generously donated his important archive of more than 10,000 negatives and prints to the museum.

“I saw Selwyn’s photographs at his studio for the first time in 2004. I kept visiting him to learn about the development of modernism in this city. His images brilliantly showcased modern living on the West Coast and the pioneering architectural designs that played an important role in the city’s growth,” says Kiriko Watanabe, Assistant Curator, who worked closely with Pullan on both exhibitions and the monograph.

“We are fortunate that Selwyn chose to donate his collection to the West Vancouver Museum. It is a lasting and historically important record of a bygone era. We will honour Selwyn’s monumental achievements by making the collection accessible over time,” says Darrin Morrison, Administrator/Curator.

The West Vancouver Museum will honour Selwyn Pullan’s legacy with an exhibition of his work in 2018.

Image: Selwyn Pullan in his studio. Photograph by Ken Dyck, 2008.

This post was written by the West Vancouver Museum.